Writing stories to minister to others has become the sum total of my life.

But I did not grow up dreaming I’d become a novelist. 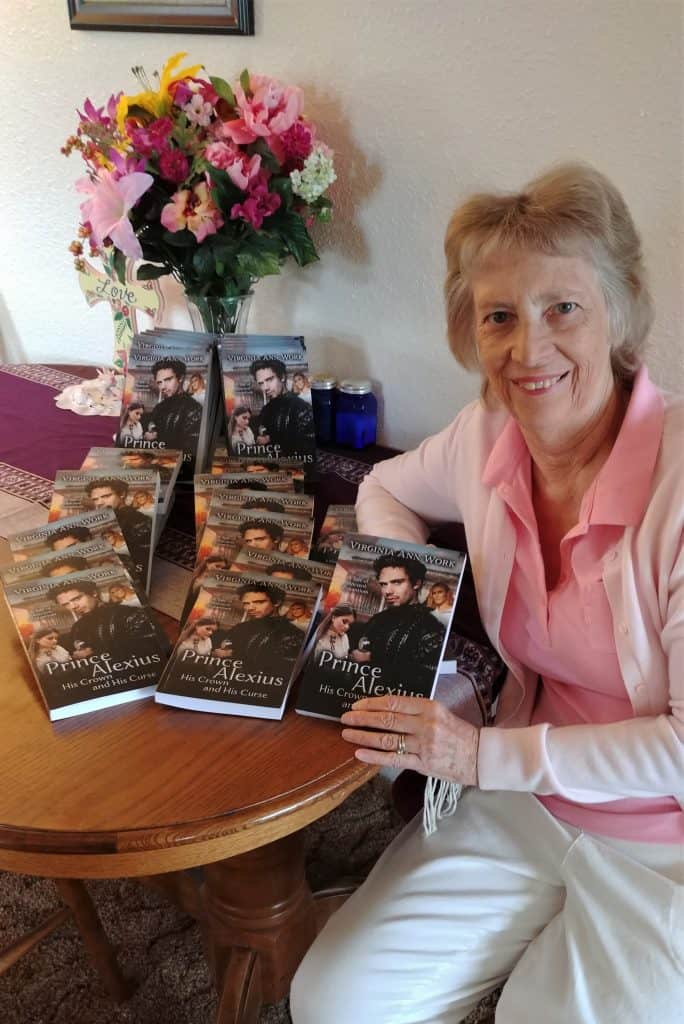 Or even wanting to. My goal, if anything, was to become Annie Oakley!

But story telling? Oh, yes, I loved that.

I listened to the stories my dad told, sitting close by as he related his hunting, fishing and flying escapades. I grew up reading and finding myself lost in a book. My favorite book in high school? When Knighthood Was in Flower. https://www.amazon.com/When-Knighthood-Was-Flower-1898/dp/B000KIV3KS

The third daughter to Christian parents, I enjoyed a home warm with love and laughter and hard work. While it was not idyllic, my parents believed in God, took us to church and taught us the Word of God. When I was five, Dad took us to a tent evangelistic meeting, and when the invitation was given, I trotted down the sawdust aisle and gave my heart and life to Jesus.

When I was ten, two important things happened in my life.

One, we moved out of the city to a ranch that had 150 acres, run-down old buildings, two apple orchards, and a huge garden plot. We had cows, pigs, chickens, horses, dogs, and cats on our mini farm. I loved riding better than anything in the world.

The other event that happened that year was that my mother gave birth to another girl, Wendy. Even though she was ten years younger than I, we enjoyed many happy days riding and playing together.

It was in my fourth year of college at Multnomah School of the Bible (now Multnomah University) that I decided to take the whole journalism minor in one year, immersing myself in writing and editing classes.

I loved it. In fact, I found myself in that journalism class.

Writing became my life and ministry.

My teacher, Mr. Bohrer, praised my writing and often singled out what I’d written to read to the class. He told me he wished he had my creativity. I told him I wished I had his skill. Writing became my life and ministry.

One summer I traveled to Alaska to work in a Bible camp, thinking only that I was serving God and learning about ministry to children. One of my tasks at the camp was to be the life guard. When the Red Cross instructor gave me my final test, she spotted a fellow swimming and asked if he would be my “victim.” He said yes, but he was not a good swimmer and struggled with all his might to free himself from my clasp. I hung on with the same determination because I wanted to pass the test.

He survived. His name was Dan Work.

I didn’t know that he would someday become my husband! Such are the mysterious ways of God. Two years later, we were married in Williams Lake, British Columbia in December 1969. He was a bonafide missionary to the Chilcotin Indian people, and I had just completed the three-month training class.

Those first years in the Indian village were chock full of ministry. 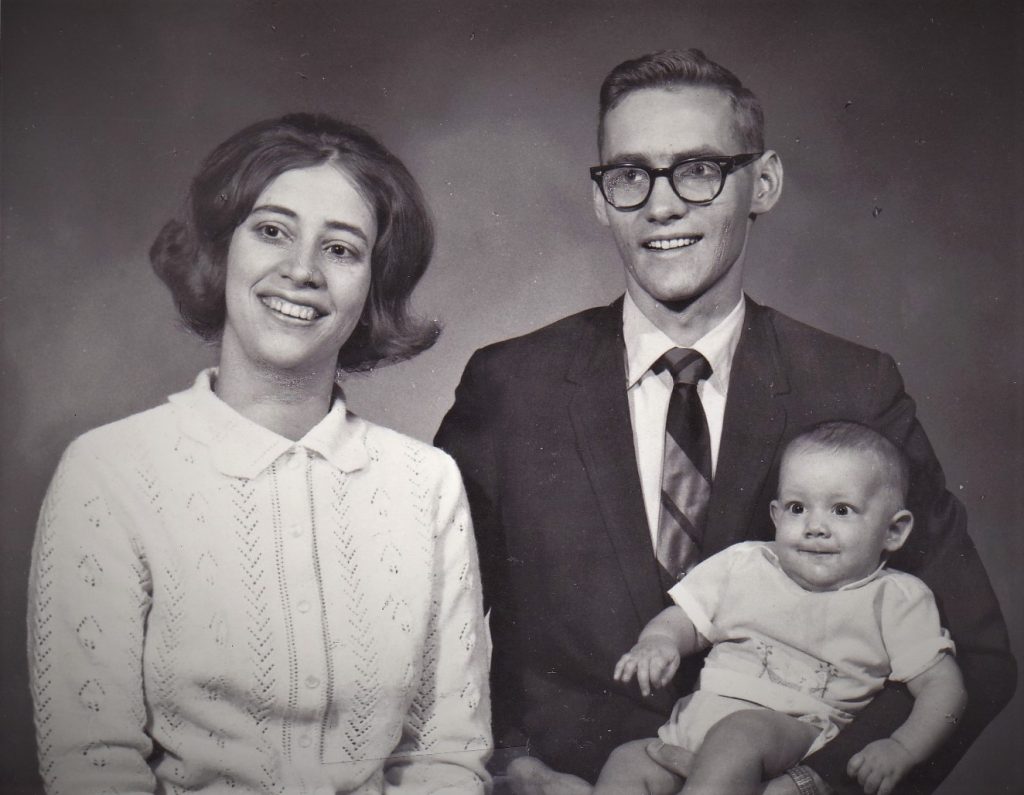 1971 in Quesnel, BC shortly before we moved to Chilanko Forks. Brian was about 3 months old.

Our son, Brian, was born in 1971 in Quesnel, B.C., and two years later, our daughter, Sherry, graced the world in Williams Lake. As a full-time missionary and mother, I had little time to write.

We moved many times in those years and finally wound up in Three Hills, Alberta, helping our friends with their work. Our third daughter, Vicki, was born in Three Hills in 1977.

We moved again to our first church in Lillooet, B.C., as Dan had decided to become a pastor. Around that time, I had a dream. It was about a young girl and her friend on horses, and they were solving a mystery.

So, despite the fact that I now had three children and was settling into a new home, a new job, and a new community, I began to write my first story.

It took three to six months for them to reply. I waited. And waited. Began the next book. Waited.

After two years, I finally got a nibble on my first book. Moody Press said they were changing their young adult series, and if I would hang on, they would take a second look at my material.

It took a while, but it was worth the wait. Yes! Moody Press said they would take my book and were pleased that I had a second one almost written. I wrote four books in the series before they gave me the bad news that they wanted to stop publishing my books.

“But,” I answered, “I have another one all written, ready to go!”

Okay. They would publish that book.

After the series was completed, I was back to Square One with publishing my books. I wrote and edited another book for teens, sent it out confidently, sure that it would get snatched up, but no one wanted it. The next few years I kept writing, sending out my manuscripts, and getting rejected. Maybe close to a hundred times.

That’s hard on the mind, body, and spirit. I gave up. I stashed my unpublished manuscripts (five book-length novels) into a box, taped it up, wrote, “BOOKS THAT WILL NEVER GET PUBLISHED” on the outside, and shoved it to the back of a closet.

“I will never write again,” I declared.

And I did. Because writing is my life and ministry.

While on a trip to Israel in 1999, I had an idea, a brainstorm. We drove past a Crusader castle and a fortress held by the Muslims for many years in northern Israel, and I knew I would write a medieval novel about it. I spent the next two years doing research and finally wrote the first book in my medieval series, Keys to the Kingdom, Sirocco Wind from the East. 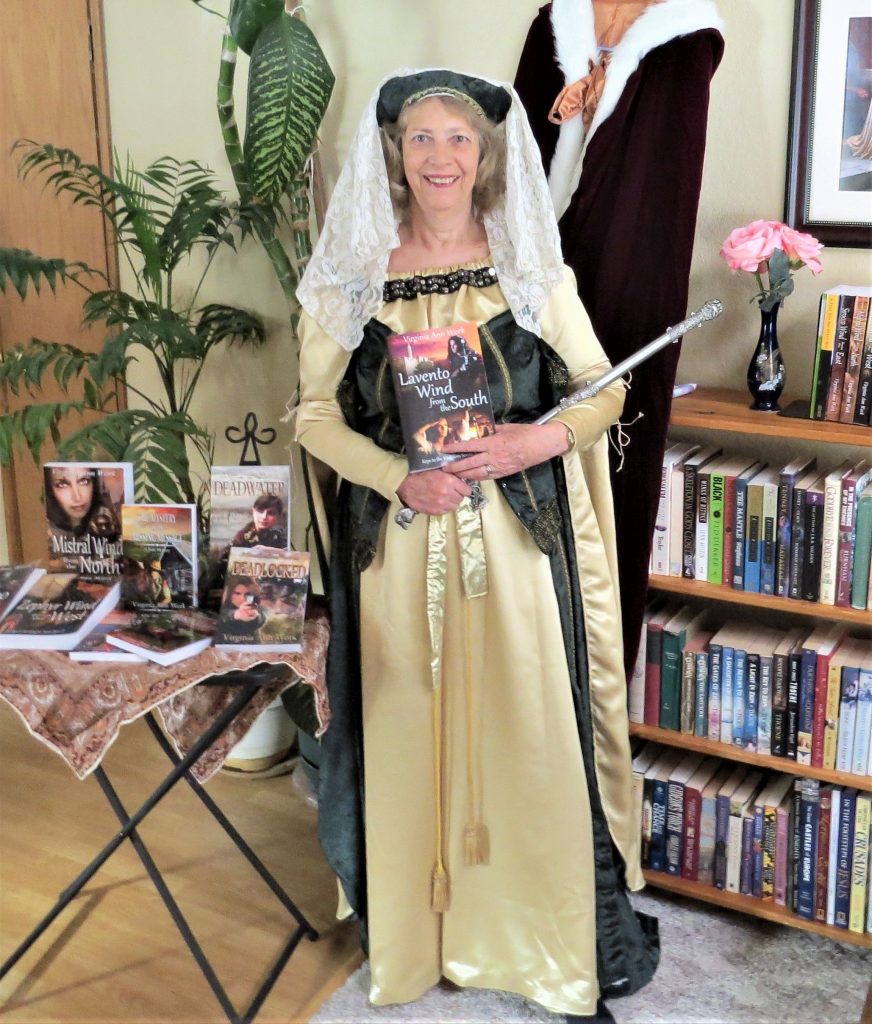 Dressed in my medieval costume, I’m ready to go!

By this time, I was done with “traditional” publishing, and so I looked into the “vanity press” or self-publishing world where an author pays to have so many copies of their book published. I contacted a Christian publisher, found out that it would cost me around $5,000 to have them publish my book, and after a lot of prayer, bit the bullet.

They came up with the cover. They also edited it. It was soon in my hands, a dream come true! Yet even though it went out on many internet “channels”, it did not do well except for the times when I sold it myself at craft fairs, book fairs, or book signing events.

I wrote four more books in the series, and by the time I finished the third, Zephyr Wind from the West, I discovered Create Space, a free publishing company with Amazon. Hiring a design artist to create my covers and an editor, I continued to write the medieval series, and began re-writing and publishing the Jodi novels.

I loved it. Writing became my life and ministry.

And through self publishing, I felt free to write as I always wanted to. 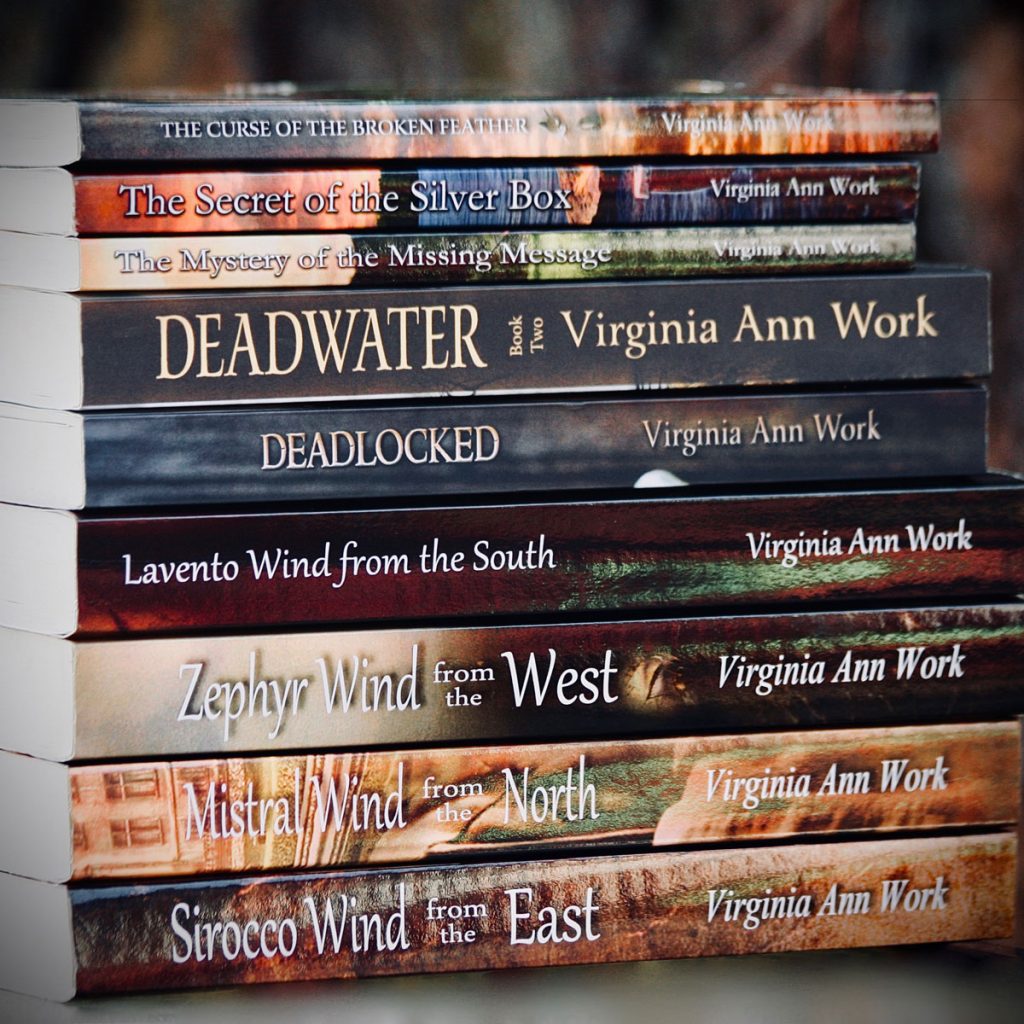 No more deadlines, word count limits, or rules imposed upon me from the Christian publishing world. I was told over and over that Christian publishers would not take anything older than the Civil War, and at that time, they did not look at anything in the fantasy or sci-fi genre.

I was told that the publishers wanted something “new” and “fresh”, but when I presented a Christian medieval proposal, they said they rejected it.

Mystery books have always been my favorites to read, so I had fun when I wrote Deadlocked and Deadwater, the Gina Lindsey series, which combines high action and suspense, a little romance, and a lot of humor. These two contemporary mysteries have become my best sellers.

It seems I have been busy with writing and ministry all my life.

Even though our three children are grown and away from home, I still find lots to do in our church and with my own projects. I love to paint, swim, hike, and ride my bike. Finding a new craft a couple of years ago, I joined the adult coloring rage and still enjoy it very much.

My highest love is Jesus Christ and His Word. During my forty years as pastor’s wife, I have taught ladies’ Bible studies, and eventually wrote my own material, calling the studies “Digging Deeper,” which I would like to get published. 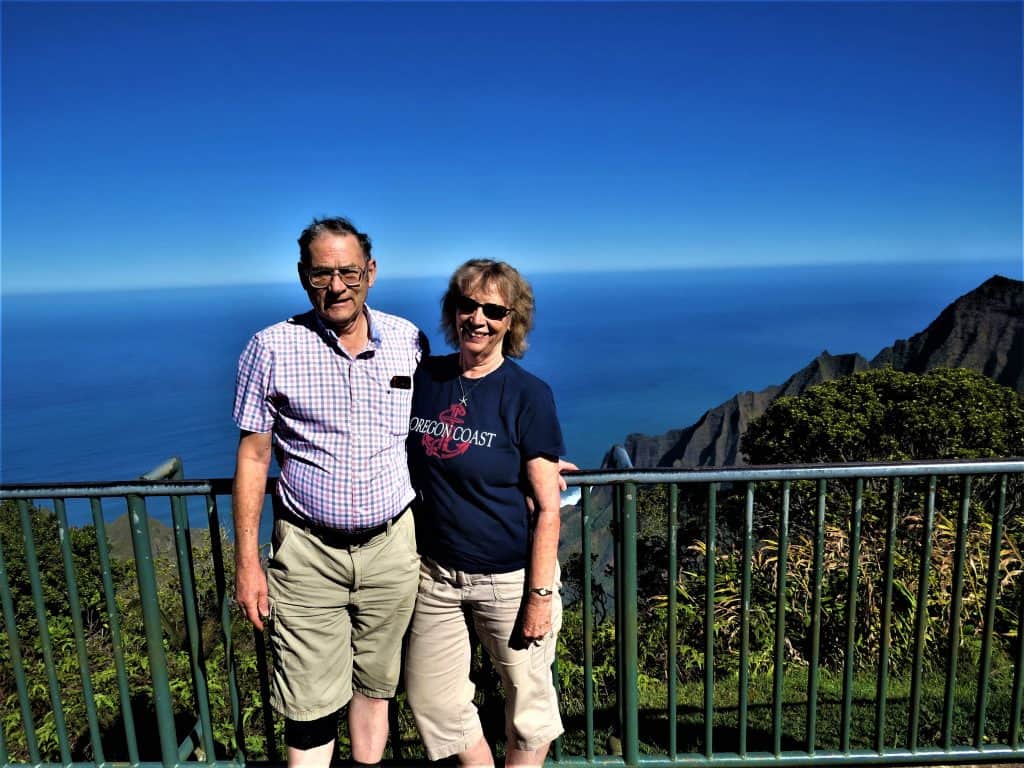 Writing is hard work. I have found great joy, pain, and anguish in it. Yet mostly it is joy.

I will never go back.

I will dig those manuscripts out one day and re-write them and publish them.

Writing is my life. God gives me joy in it and in serving Him.

“I know the plans that I have for you, declares the Lord. Plans to prosper you and not to harm you, plans to give you hope and a future. Then you will call upon Me and … I will be found by you.” Jer. 29:11-14 NIV 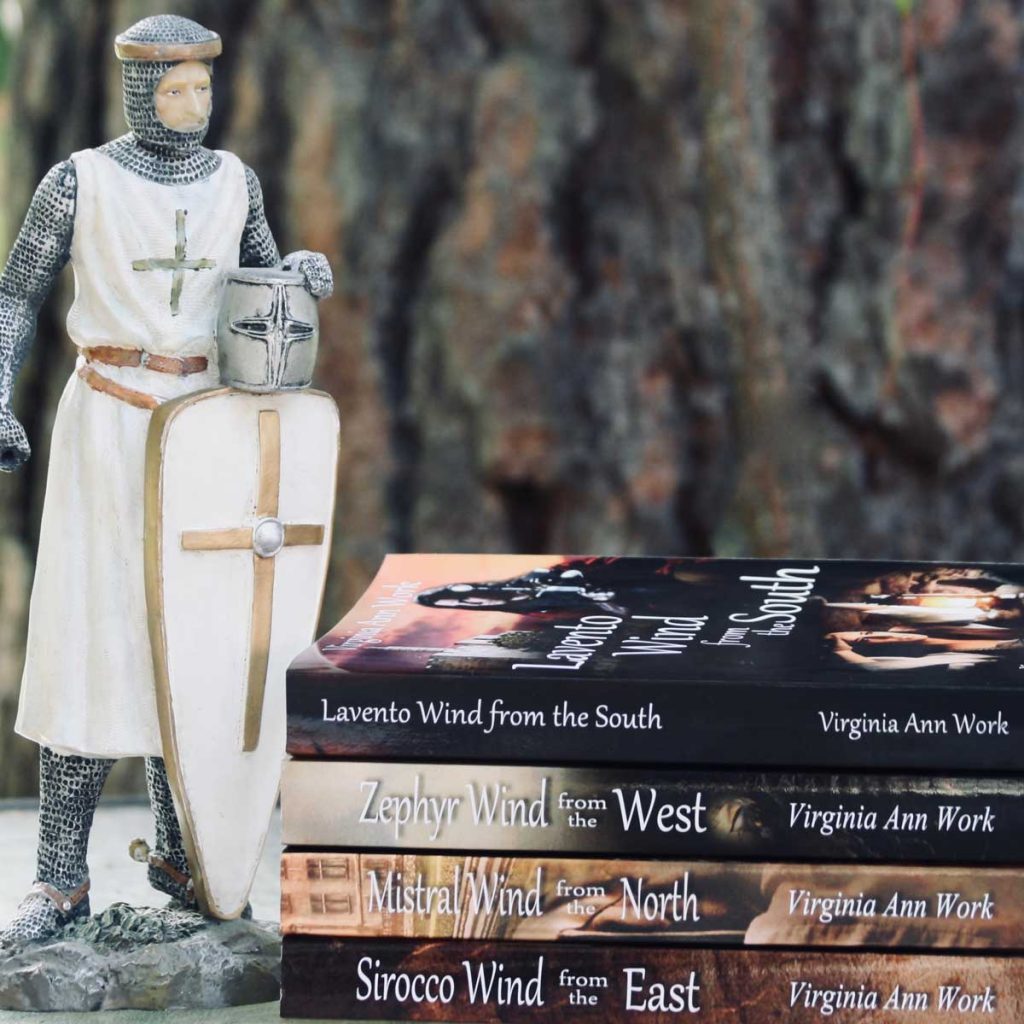